The Bit Awards is Playcrafting's annual celebration of games and the people who make them. This production features live performances, special guests, and world premiere trailers, games and more from some of the most talented creators on the cutting edge of game development. Expect the unexpected at New York's premiere game awards show by and for gamers, creators and anyone who enjoys playing or making games. Parts of the show convert the entire theater into an interactive game itself. You won't want to miss it!

Our 2020 awards production will celebrate developers and games from across the United States, with an emphasis on the work of independent developers and smaller studios. It’s a celebration like no other. In 2019, over 500 games were considered for nomination, with 106 officially submitted. This year’s show will go to the next level. We’re opening submission eligibility to more creators and celebrating the 11th and biggest year yet for the Playcrafting community! 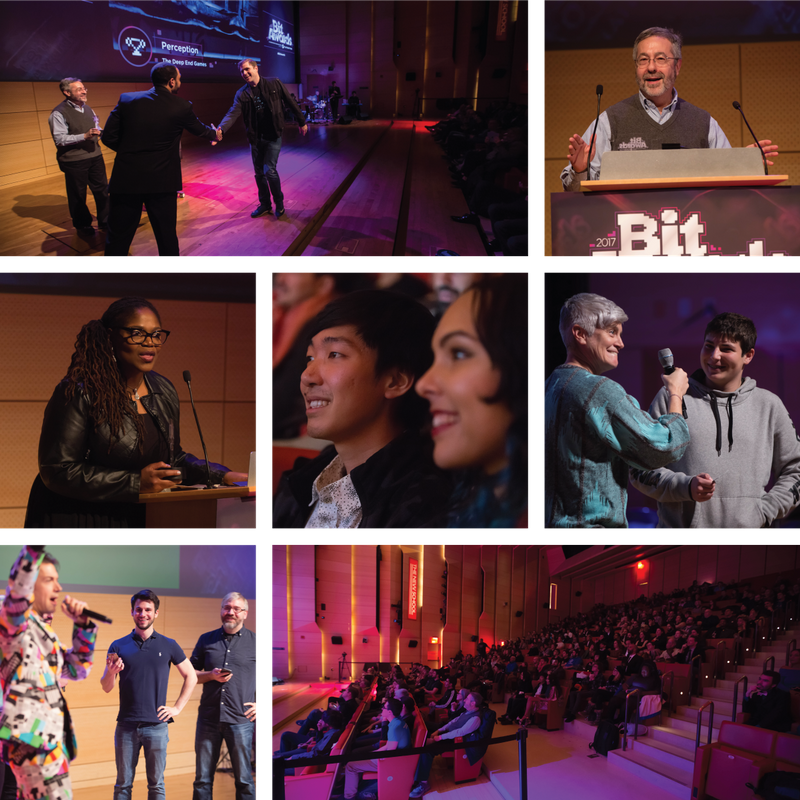 The Bit Awards is produced by Playcrafting. We are a community of gaming developers, creators and enthusiasts nationwide who love to build, play, and learn about video games.

Thank you! Your submission has been received!
Oops! Something went wrong while submitting the form.